Many of us are familiar with the supposed “war on Christmas” narrative that is propagated by theligious right as most notably put forward by those such as Bill O’Reilly, Rick Perry and Sarah Palin. However, this narrative is but a surface manifestation of a deeper dialogue that Christianity, and Christians are under attack in America. They are under attack by secularism, by liberals, by the LGBTQ community, by atheists, by nonbelievers, by those that seek to create and flourish in a truly pluralistic and multicultural civil society. A few keys issues in this diatribe can be thought of as prayer in public schools, protecting the LGBTQ community from discrimination, taking the word God off our currency and out of the Pledge of Allegiance, not allowing nativity scenes to be placed on public property and so on and so forth. Whatever side of the argument we as individuals may align; we are all, to some extent, familiar with this dialogue however superficially I just presented it.

This past week, on June 13th 2013, Governor Rick Perry thought it necessary to sign into law the “Merry Christmas Bill”. Perry said, "People of faith too often feel they can't express their faith publicly. And if they dare display it, they find themselves under attack from individuals and organizations that have nothing to do with them or their communities for that matter."[1] This law, which goes into effect this coming September, is designed to allow religious displays in schools as long as there is more than one religion being represented or if a secular symbol is present. Whether or not this bill is necessary or appropriate is another question. The much more prevalent issue is that Rick Perry, when introducing this bill, said, “Religious freedom does not mean freedom from religion.” This is a heavy statement that requires a bit of unpacking. 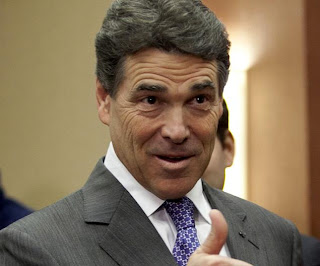 Perry’s remarks reflect a fundamental misunderstanding of human rights and what freedom and religion actually means. A distinction I always find myself making when discussing these issues is that of freedom of religion and freedom of conscience. Could you tell me, off hand, what the difference between the two is? It’s actually quite difficult and requires defining the terms. What do we mean when we say freedom of religion? What does religion actually mean here? Would it be appropriate to say it includes the freedom to find meaning, purpose and joy in our lives? If so, religious organizations, tradition and dogma can become irrelevant to leading a “religious” life. Indeed, many people, especially in the past few decades are choosing to shed religious tradition and myth in favor of something more personally fulfilling whether it be a “spiritual but not religious” orientation, or identifying as a humanist or atheist or nonbeliever. This is not new information. I feel that religion is often used in an unfortunately narrow light. I often ask: “what is more religious than your conscience?” What is more religious than critical thinking? What is more religious than following your reason as far as it can take you? Whether someone is a believer or a nonbeliever, having freedom of conscience is the essence of freedom of religion.

Religious freedom is a narrow term and usually comes with narrow understanding. I prefer the term freedom of conscience as it necessary includes alternative and broader ways of understand religion as a mechanism for finding truth, meaning and purpose. Governor Rick Perry is a victim to a false dichotomy. He is a religious zealot fighting for his team against a false enemy. At the basest level, this man is limiting the religious freedom he is trying so desperately to protect. “Freedom of religion does not protect freedom from religion” is an oxymoron. Freedom of religion necessarily includes freedom from religion. This is correctly understood by many as a fundamental human right. For example, the U.S. Commission on International Religious Freedom (USCIRF) published an op-ed this past January entitled “Government Must Protect Nonbelievers.” In this essay Katrina Lantos Swett the Chair of USCIRF and Dr. M. Zuhdi Jasser, a Commissioner of USCIRF, say

While religious freedom is an integral part of our heritage, it also is misunderstood. A key misunderstanding concerns the matter of belief. Simply stated, religious freedom means not only the right to believe, but the freedom to disbelieve — to embrace any religion and to reject every religion. People express their religious freedom by choosing theism, atheism or any other response to ultimate questions. Religious freedom allows them to follow wherever their conscience leads.[2]

Secretary of State John Kerry echoed these remarks this past May. He said,

“Whether it be a single deity, or multiple deities, or no deities at all, freedom to believe —including the freedom not to believe — is a universal human right…But freedom of religion is not an American invention. It’s a universal value. And it’s enshrined in our Constitution and ingrained in every human heart. The freedom to profess and practice one’s faith, to believe or not to believe, or to change one’s beliefs, that is a birthright of every human being.”[3]

Whether it’s Jon Stewart calling it “Bullshit Mountain” or Bill Maher calling it “The Bubble,” Governor Rick Perry certainly lives there. Nonbelievers and secularists, including religious secularists, are continuing to be persecuted for their efforts to create a pluralistic society that protects all people from discrimination. As history has shown the most dangerous forms of discrimination are those that come with the justification of religious dogma and righteousness. Governor Rick Perry’s ignorance and intolerance of human rights and freedom of conscience is a stain upon public policy and a hindrance to the evolution of civil society.